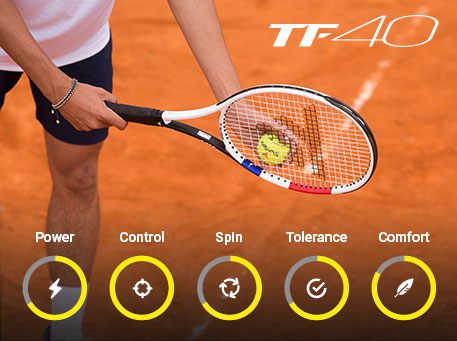 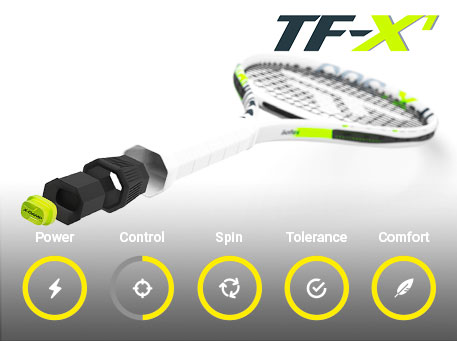 Tecnifibre is a French sporting goods manufacturer that initially produced high-performance strings for racket sports. Long before the company launched its first rackets, Tecnifibre had already been highly regarded for its tennis strings. A broader audience took notice of the excellent quality in 1988 when Tecnifibre became the official stringing partner of the French Open. From then onwards, more and more tennis pros wanted to play with the French strings. In 2003, Tecnifibre launched its first series of rackets. Still, it took another five years for the brand to also establish itself as a well-recognised racket manufacturer for professional tennis players.

This boost in reputation was partly thanks to Fernando Verdasco playing with the Tecnifibre “T-Fight 320” when he reached the semi-finals of the Australian Open and won the Davis Cup with Spain. Among today’s players, Daniil Medvedev is one of the rising stars on the Tecnifibre team. The talented Russian athlete with his unconventional playing style has established himself among the top players on the tour. Unforgotten to this day, his thrilling US Open final against Rafael Nadal, which he lost after an incredible performance on the court. 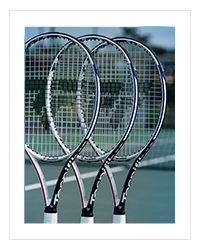 What to Keep in Mind when Buying a new Tecnifibre Racket

When it comes to naming the various model series, Tecnifibre keeps up its tradition: still to this day, most tour rackets are easy to find under the name “T-Fight” (or TF). The “T-Flash” series also features excellent tour rackets, whereas the “T-Rebound” series was developed with allrounders and beginners in mind. The construction of the frame allows for clean, powerful strokes with a minimum of force required. Tour rackets, on the other hand, provide excellent control, precision and power.

Like many other manufacturers, each of Tecnifibre’s racket series offers a lot of variety regarding head size, weight and grip size. As a rule, rackets over 300 grams require a clean technique and strong fitness. If you are not at that kind of level (yet), a racket weighing 300 grams or less is the ideal choice for you. Bigger hitting surfaces forgive more mistakes, so small head sizes are better for more experienced players with very clean strokes.

Even though Tecnifibre, compared to other brands, is relatively new in the market, the French tennis experts offer a wide range of rackets. Their tour rackets are characterised by tremendous precision and high speed. If you don’t go out on the court regularly, an allround rackets could be just the right choice. They forgive the odd mistake while providing the potential for fast and aggressive tennis.

If your focus is more on minimising the risks for your arm, a comfort racket ensures the strain is kept to a minimum. If you are not quite sure which Tecnifibre racket to buy, you can consult the racket advisor on our website. Or speak to your coach at the club and ask for his advice, also regarding head and grip size.

The product range of the French brand may not include tennis clothing or tennis shoes, but Tecnifibre offers a wide selection of top-quality tennis bags and high-performance tennis strings. To round it all up, you can also find excellent Tecnifibre tennis balls in our online shop.

And now, we hope you enjoy choosing your new Tecnifibre tennis racket and wish you all the success with it on the court!