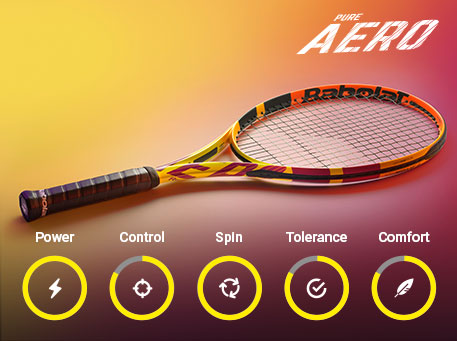 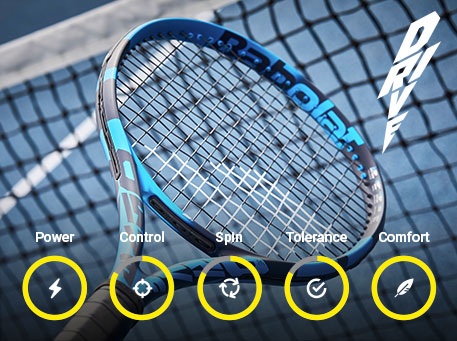 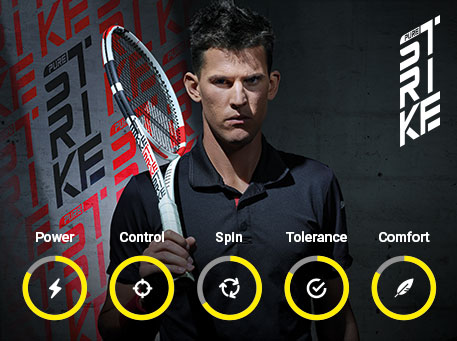 The French sporting goods manufacturer Babolat is one of the tennis pioneers. Way back in 1875, the brand started to make a name for itself with the development of natural gut strings for tennis rackets. The strings immediately stood out due to their formidable elasticity and long durability. Subsequently, by the 1920s, Babolat had become the standard outfitter for the top stars of the time, among them none other than Henri Lacoste, the inventor of probably the most iconic polo shirt of all time.

In a later great tennis era, Babolat was also at the forefront: Björn Borg largely owed his breath-taking wins of the 1980s to his spectacular topspin technique for those days. However, the Babolat VS strings he played with contributed significantly to his success on the court, for they combined comfort, durability and speed like none other at that time.

It wasn’t until 1994 that Babolat launched its first tennis racket and went on to become an established tennis brand. Just four years later, Carlos Moya won the French Open and finished the year as the world’s number one playing with a Babolat “Pure Drive” racket. Thus, the Babolat Pure Drive product began conquering the tennis world and is now the best-selling racket worldwide. 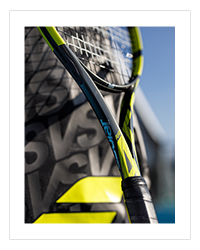 You will find a wide range of Babolat tennis rackets in our online shop. The timeless Pure Drive receives a facelift every year and is still state-of-the-art. Other models, such as the Pure Aero series (formerly Aeropro Drive) or the Pure Strike series, are inherent in Babolat’s racket range as well. All models are available in various head sizes, as well as different weight and balance points. By the way: Rafael Nadal has been playing with a Pure Aero for most of his outstanding career.

In general, Babolat tennis rackets are considered very explosive while providing as much control and vibration absorption as any other top brand. To get the best out of the racket models mentioned above, you need strings perfectly matching them in terms of elasticity and tension. If you are not sure which strings are best for your racket and style of play, you can always consult the string advisor on our website.

Buying a new Babolat Racket – What to Keep in Mind

With a Babolat tennis racket, you cannot go wrong. Anyone can play even Rafael Nadal’s racket, be it advanced players or total beginners. Just make sure you know what type of racket suits your style best and get some advice before buying a new one. The head size is one of the critical aspects of your success on the court. The bigger the striking surface, the more mistakes the racket will forgive.

Another important factor is the weight of the racket. While most professionals use rackets weighing way over 300 grams, most women, kids and beginners are better off with rackets of 300 grams or less. Finally, you need to figure out the proper grip. Best ask your trainer at the club to let you take various rackets into your hand. When an index finger fits between the palm and fingertips of your hitting hand, you have found the right grip size. 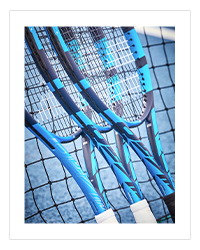 As with most other tennis brands, you will find Babolat rackets divided into four clear categories in our online shop. However, the boundaries between them are fluid––some comfort rackets also allow for a rather aggressive playing style, while many tour rackets are suitable for beginners and experienced players alike. Just make sure the frame and strings work well together. Generally, you can choose between all-around rackets, comfort rackets, and tour rackets by Babolat, with the latter being defined by a slim frame profile for maximum control and optimal acceleration. Under junior rackets, you will find short and very light rackets ideal for kids.

Babolat: Everything Your Tennis Heart Desires

As we have seen, tennis rackets are just one of the areas the French manufacturer knows how to excel in. To this day, the company is world-famous for its excellent tennis strings. And that is not all: the product range extends to stylish yet functional tennis clothing. Also, their tennis shoes have fans all over the world, not least because of the soles co-developed by Michelin that ensure perfect grip on any surface. And finally, a broad selection of high-quality Babolat tennis balls for the next training session, from tournament balls to practice balls.