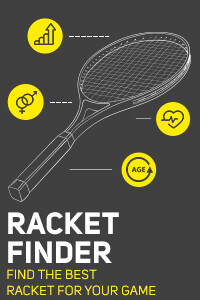 An Introduction to Prince Tennis Rackets

Fresh from Atlanta, Georgia, Prince Global Sports produces some of the best authentic Prince Tennis Rackets in the world. An American favourite, the brand Prince Global Sports produces genuine and reliable sports equipment and apparels in tennis, squash and badminton. It was originally founded in 1970 and since then, there was no stopping back. Prince Rackets are probably the most wide-spread products in the world with their overwhelming distribution that covers almost every North American, African, European and Middle East country. It also has its presence in countries like Australia, New Zealand and India. They can be found at different tennis racket shops worldwide.

Prince Tennis Rackets – a name to be reckoned with!

With such a massive production, Prince rackets have maintained a name in the industry. They do not produce any other run of the mill product. Each and every Prince Tennis racquet that is manufactured by their units that are located in different geographic locations is passed through a series of quality tests and then only is introduced in the market.

Over the past few years, rackets by this brand have evolved and they have succeeded in coming up with some of the best and most reliable tennis rackets in the world, featuring cutting edge and advanced technology. With a global approach, Prince Tennis racquet is used by several international tennis players, like Oliver Golding, Johan Brunström, David Ferrer, Bob Bryan, Mike Bryan, JelenaJankovic and Taylor Townsend to name a few. It was formerly used by players like Maria Sharapova and Andre Agassi.

If you are a beginner and would like to buy new rackets, then you cannot find a better choice than Prince Tennis rackets.

Order online your next type of Prince racquet: Tour, Warrior and Premier from Tennis-point at the most affordable price. We have a huge collection of tennis rackets and guarantees that our product will create an everlasting impression on your game.