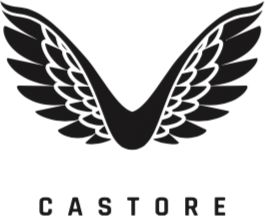 Born on 15th May 1987, Andy Murray is ranked second in the world’s best tennis players. He has loved tennis from his childhood itself, starting off early at merely the age of three, he already started playing league tennis by eight. Murray is revered and admired as one of the most consistent players since 2011, by not failing to reach at least the quarter finals of every Grand Slam he ever participated in, the US Open of 2015 being the only exception. His name shines with great many awards and titles, and a constant ranking of British No. 1 since 2006 as one of the most special ones. His fruitful career got him a counting in the ATP top-10s and the highest position of World No. 2 in 2009. He’s undoubtedly an admirable champ of the Olympics; he even beat Roger Federer in 2012. His grand successes of shining wins on all tennis sacred ground in Wimbledon Championship, Australian Opens, French Opens and many more, have added an unforgettable collection of titles and record-breaking performances to his name. With thirty-five career titles and phenomenal Grand Slams, this tennis star promises us to shine even brighter in the time to come.

In a game like tennis, the effectiveness of his defining Andy Murray tennis player style is equally shared by his skill, practice and the equipment and clothing he trusts to wear on the court. Our tennis star has had many brands associated with sponsorship and endorsement; his rich five years deal with adidas included the range of shoes the brand extended but also kept him open to retain the sponsorships of Highland Spring, Shiatzy Chen and Royal Bank of Scotland for his shirt sleeves. Before this contract, the sponsorship of Murray was first the privilege of Fred Perry apparel and he presently styles his look with the outfits from Under Armor Company, since the December of 2014. It has been a decade since he became a pro in 2005 and trains dedicatedly with Coach Ivan Lendl. He powers right-handed play with Head racquets, also giving us regular appearances in the advertisements of the brand. As the deals regarding the accessories go, Murray has signed one with the Swiss watch producer Rado to wear the D-Star 200 model they manufactured. The perfect combination of passion, dedication, and just the best gears and wears have brought our tennis star a long way.

Andy Murray Store You Can Buy Online From

Now you can find all the best of the tennis products from a huge variety of brands from across the globe with the largest online collection we bring to you at Tennis-Point. You can now get ready for your next tennis adventure with all the choices that Andy Murray himself favors on the court. Along with the finest range from his Under Armor and Head picks, you will also get to benefit from the exclusive rates at which we extend these wonderful deals to you. So, shop smart and risk-free with our amazing customer friendly services and don’t forget to enjoy the exciting ongoing discounts.